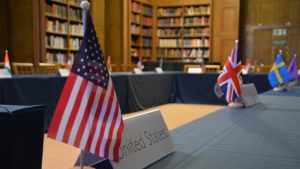 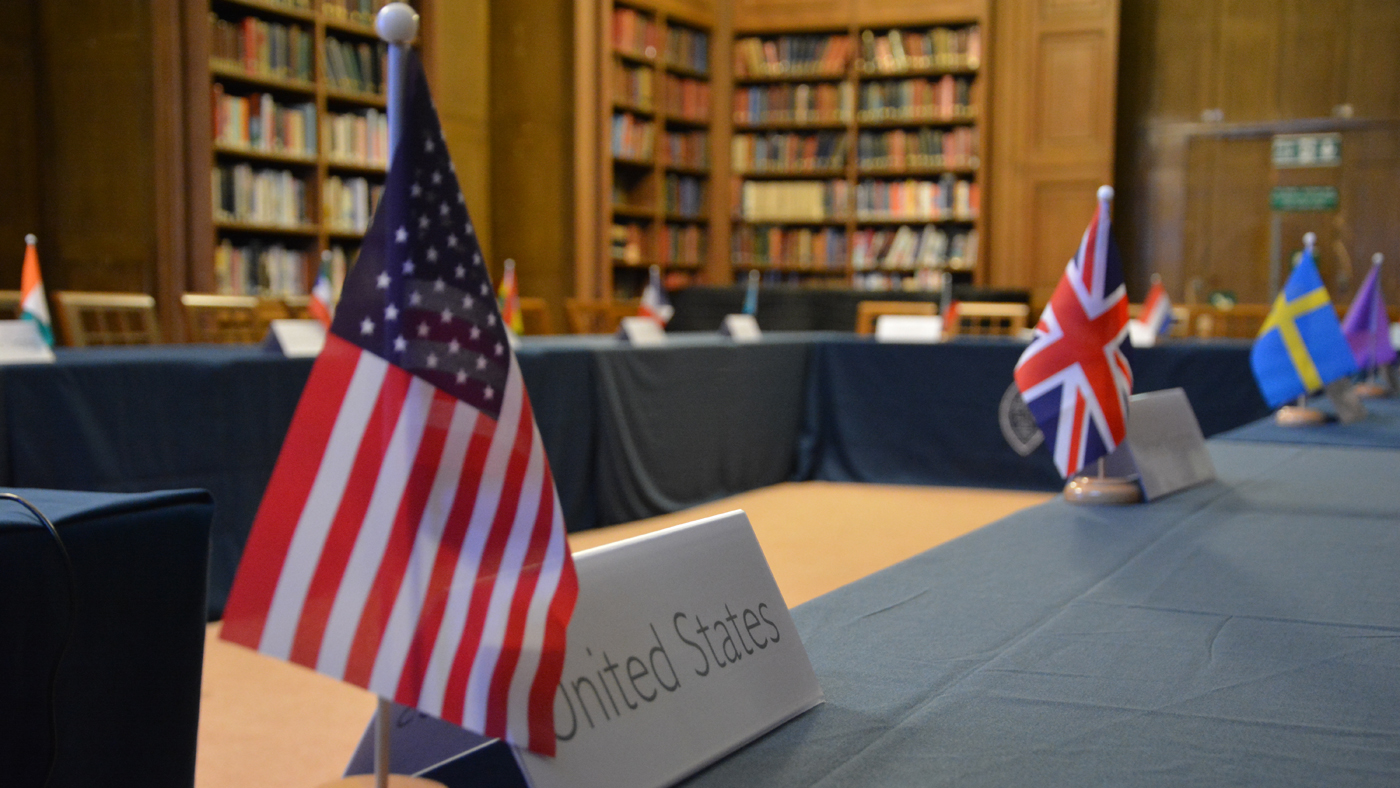 The Charter of the United Nations entrusts the Security Council with the “maintenance of international peace and security” and gives it responsibility for ensuring “prompt and effective action by the United Nations”.

To realise these aims, the Charter grants the Security Council unique authority to pass resolutions that are binding on all Member States and it is the only UN body that can authorise military force.

With a membership restricted to just fifteen countries, the Security Council is designed to react rapidly and decisively in response to evolving global security crises.

Our simulation tests the ability of the crisis to cope with such crises. The scenario considers the worsening political, security and human rights situation in a fictitious country. The scenario is designed to engage with some of the most pressing global threats and current scholarly debates in the field of security studies.

The simulation is fast paced and challenging, requiring delegates to build relationships, develop consensus and make decisions under time pressure.

Delegates are updated on the crisis using crisis management training software used for preparing real-life diplomats in how to deal with genuine international crises.

By the end of the conference, delegates will acquire an understanding of the capabilities and limitations of the Security Council while providing effective and timely responses to emerging threats to international peace and security.

Participation in our Security Council is designed to be the ultimate test of MUN skills and is best suited to experienced delegates.

Each Member States will be represented in the Security Council by two delegates.

Delegates may not participate in our Security Council more than once.

The Security Council considers a worsening crisis in a fictitious country. The scenario is designed to allow delegates to engage with some of the most pressing global threats and current scholarly debates in the field of security studies. These debates include the humanitarian intervention, the responsibility to protect and the use of force in international relations.

Agenda Item I. The Situation in South Rengaan

The international news media play an important role in Security Council negotiations. Positive coverage can encourage and mobilise collective action to further the aims of the United Nations, while negative attention can contribute to pressure for countries to take action.

Security Council delegates at WASAMUN will not only have to defend their policies to other delegates, but also to the news media.

Lüfkens (2018) found that only six UN Member States do not have a presence on social media, with 951 active Twitter accounts linked to heads of state, heads of government and foreign ministers. Together they have accumulated over 485 million followers and likes.

Throughout the conference, Security Council delegates will have access to a simulated social media feed and email account. The simulation makes use of software used by real-life foreign ministries to train diplomat in crisis management.

Stories and commentary related to the crisis will appear in the social media feed and delegates may receive emails from their home governments with direction on their policies.

Delegates are also able to post to simulated social media themselves as their country’s missions to the UN. Social and traditional media coverage of the Council may then have an impact on negotiations.

Delegates will receive training from media professionals and diplomats on how to communicate with the media.

They will then take part in Media Stakeouts covering the status of negotiations. “Stakeouts“ are short, on-camera interviews that normally occur as diplomats are leaving the Security Council.

Our stakeouts will be conducted in pairs and will involve a head-to-head discussion with a delegate representing another country.

Delegates will be given focused feedback on their performance at the end of each interview, and a full debriefing will take place at the end of the day with prizes awarded to the top three or four interviewees.

Each State will have two interviews over the course of the day – preferably one interview per delegate. The content of interviews will be guided by the scenario.

Delegates are reminded that every contribution to the media simulation should exhibit the same standards of courtesy and respect that characterises their contributions to normal committee debate.

Find more about the Security Council’s media simulation by downloading our guide.

Every delegate will receive a hard copy of the delegate handbook at the conference.

The 2020 handbook can be accessed below. The 2021 version will appear here shortly.

The Charter of the United Nations grants the Security Council unique authority to pass resolutions that are binding on all Member States and it is the only UN body that can impose sanctions and authorise military force.

With a membership restricted to just fifteen countries, the Security Council is designed to react rapidly and decisively in response to evolving global security crises.

The guide below provides an introduction to the Council’s membership, role and the powers that delegates will be able to call upon.

The Security Council may call upon a range of powers that are not accessible to any other body within the UN System.

This resolution-writing “toolbox” provides advice on using these range of powers in delegates’ own draft resolutions.

The Security Council is briefed on the evolving situation in conflict zones across the world through comprehensive reports written by expert members of the Secretariat in the field. These are known as Reports of the Secretary-General.

Members of our Security Council are similarly informed about the crisis situation through a comprehensive Report of the Secretary-General.

It provides an overview of the county’s demography, geography, economy and history. It also offers details of the political, security and human rights situation.

This report refers to the 2020 conference. The 2021 version will appear here shortly.

Secretary-General's Report on the Situation in South Rengaan (2019)

They place greater emphasis on negotiation and consensus building.

They originated at Harvard University in the United States and are sometimes called American or Harvard rules.

NOTE: Schools do not have to represent the same delegation in every committee (for example, the Russian Federation could be represented by different schools in the Security Council and in the Arctic Council).

Saint Vincent and the Grenadines